Measuring the Nile’s Floods at the Nilometer 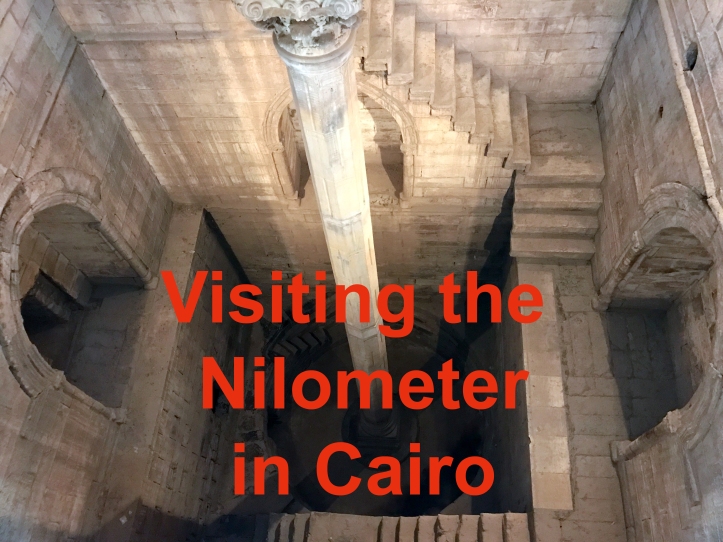 As part of our trip to Manial Palace and Roda Island, we went to the opposite end of the island to visit the Nilometer. This little visited site is the oldest monument in Cairo that still survives. It has been fixed over the years and the building over the Nilometer is a reconstruction of the Turkish original (after being destroyed in 1825 during French occupation), but the basic structure of the Nilometer is the same from when it was built in 861!!!

The Nilometer is part of the complex that houses the Umm Kolthoum Museum. After entering the complex, we walked to the southern tip with one of the guards who then opened up the Nilometer. Kids can go on the top level and look down, but are not allowed down the stairs as there are no railings and it is very steep. Adults should all take advantage of going down if they’re able! Wear good shoes as it is steep and narrow. We tag teamed and had two adults watch the 5 kids while the other two went down and then flip flopped. There is plenty of grass and some shady spots under trees that are perfect for snacks or running around. The views of the Nile are great too. 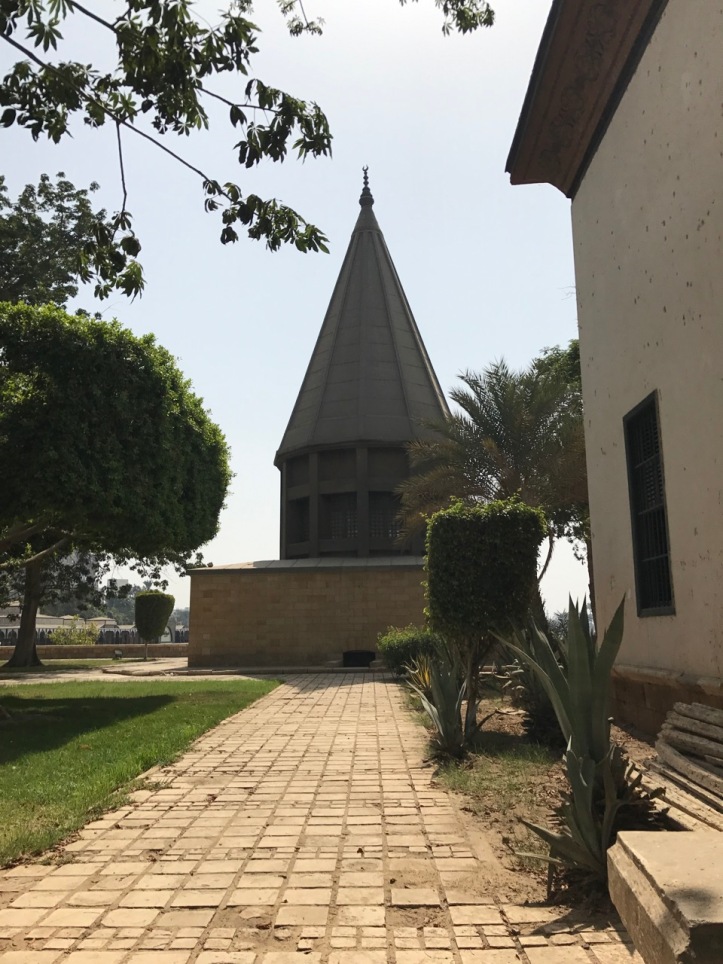 The Nilometer was used to measure the height of the annual floods each August/September. It essentially told Egyptians if the flood was too much, too little, or just right for the crops and fields. This one was built in 861 by Abbasid caliph al-Mutawakkil. While 861 sounds long ago, this Nilometer is actually built on top of the site of a previous nilometer. Nilometers were used up to 5,000 years ago! This one is stone lined and goes down below the Nile. The column in the center is divided into 19 cubits. Each cubit is about 54 centimeters. As the flood waters rose, they could measure the heights by the cubits. Once it reached 16 cubits, it was time to open up the dam that led to the Khalig, or canal. There was always a big ceremony with the opening of the dam. The canal led to gardens and ponds in Cairo and was used for leisure boating and fun. Less than 16 cubits would mean drought and famine. More than 19 cubits could mean catastrophic flooding.

In the functioning Nilometer, there were three tunnels leading into the Nilometer from the Nile at different levels. These are now closed in. The Nilometer was operational up until the building of the Aswan Dam in the mid 1900s, which made the large flooding nonexistent and the Nilometer obsolete by the last flood in 1970.

The arches as shown below are tiers-point arches and are the same as those used in Gothic architecture, but predates them by several hundred years. 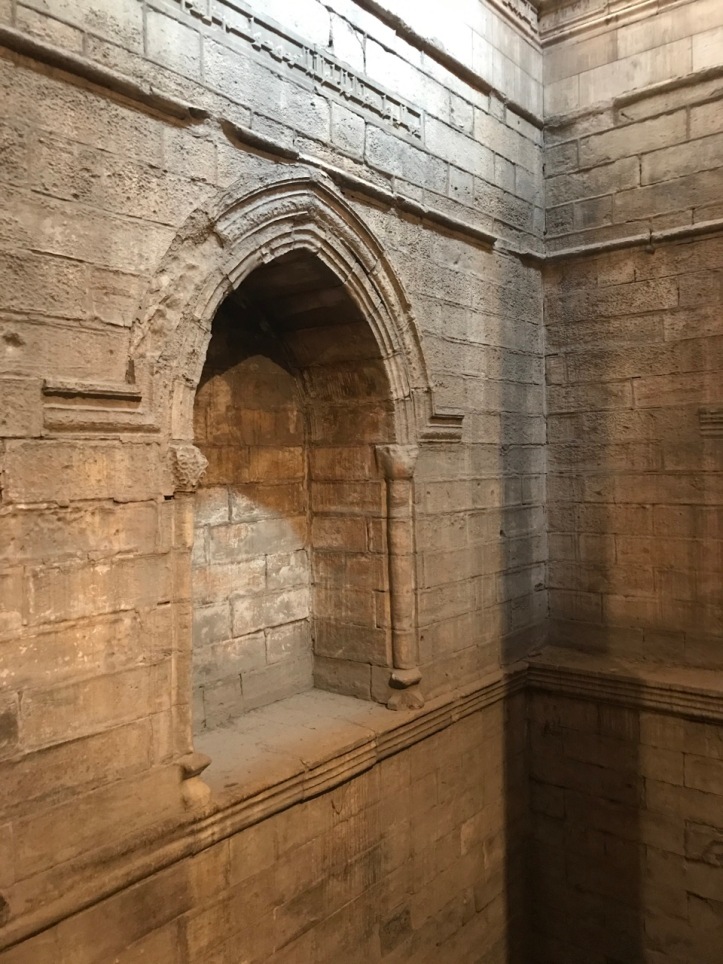 Going down into the Nilometer was pretty cool. The steps were fairly steep and narrow, especially the last level. Not for anyone with balance issues or a fear of heights! Looking up was beautiful as you can see that the roof is gorgeous. All around the pit walls are Quranic inscriptions about rain, crops and abundance. You can see how the marble column is held in place by a wooden beam across the top.

Only priests and rulers were allowed to go into the nilometers. Their skill in predicting the floods impressed the commoners. Nilometers were often built inside temples to restrict access to priests. The priests and rulers used this knowledge to know how much to tax people, as the amount of tax depended on the floods and therefore predicted crop production.

After visiting the Nilometer, we had a snack and then headed over the pedestrian bridge near the entrance to the complex to the Corniche to catch a taxi.

How to Reach: Either walk over the pedestrian bridge from the Corniche near Coptic Cairo or take a taxi to the far southern tip and enter from the eastern side from El-Malek El-Saleh. Walk down to the sign for the Umm Kolthoum Museum and enter that complex. At the ticket counter tell them you’re going to the Nilometer

Cost: We were charged LE15 per adult, though the ticket prices were different on the sign.

Camera Fee: We were not charged a camera fee, but I only had my mobile phone.

Bathrooms: There were no bathrooms near the Nilometer, but there are probably some inside the Umm Kolthoum Museum

Food and Drink: Nothing sold on complex, but you can bring things in. The grass and trees by the Nilometer are a pretty spot for a snack overlooking the Nile.

Strollers: Grounds are stroller friendly. No kids allowed down in the Nilometer, so have another adult available to watch them as you take turns going down.