Just west of Bursa is a quaint little village called Cumalıkızık, a 700 year-old Ottoman village that is very well preserved. Plenty of narrow streets, tiny alleys, colorful houses, flowers and trees, and shops selling a huge range of items. It is on the UNESCO World Heritage List and is very popular with Turks and tourists alike.

This blog post from The Best of Bursa has an excellent description of the village and why people visit. Worth a read. 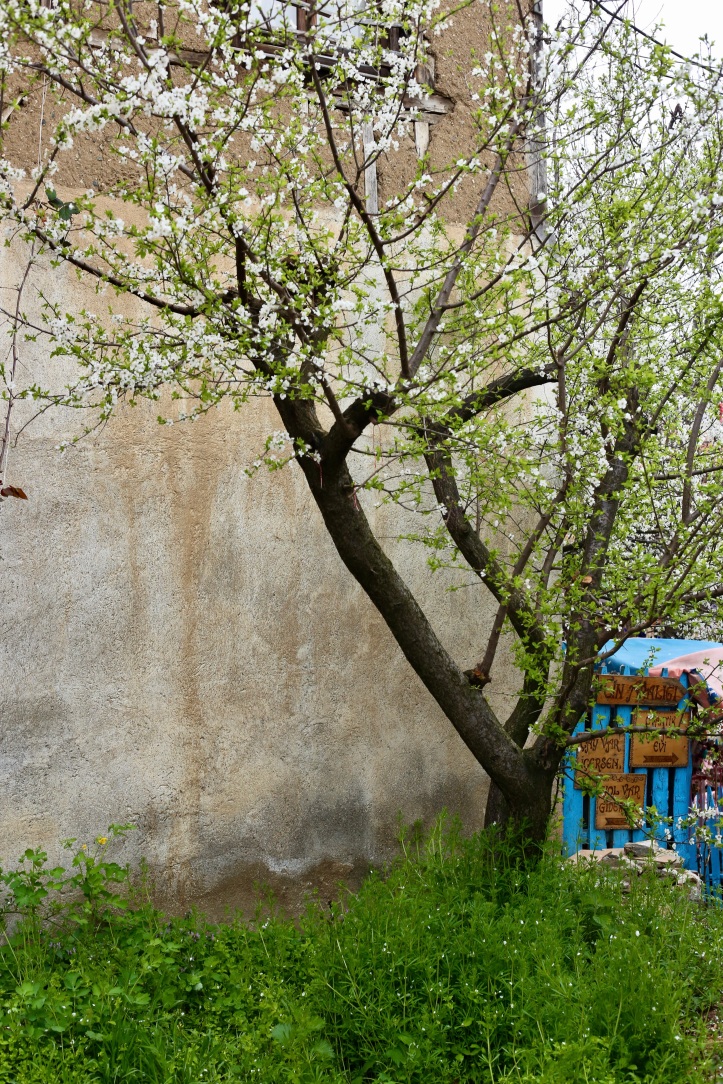 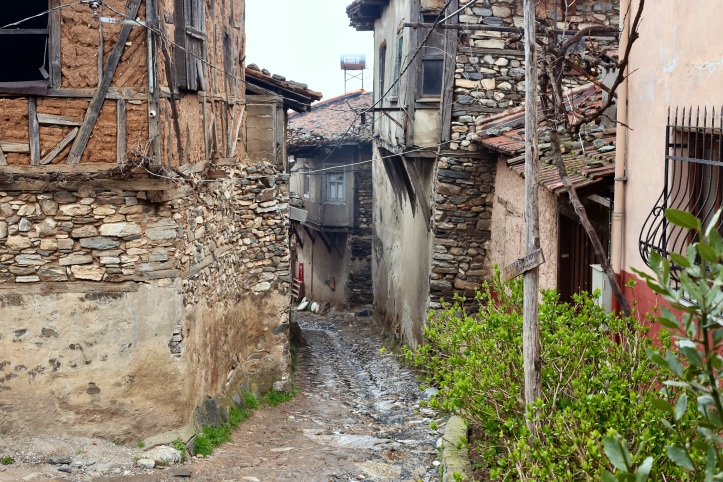 We decided to go to Cumalıkızık on our way out of Bursa on our way back to Ankara. It is along the route and only a slight detour, so it made sense. Unfortunately, that meant going on a Sunday morning which is a very popular time! We arrived about 9:30 and easily found parking. There were people there, but not too many. By 10:30 it was crazy packed! Definitely go early or pick a weekday.

Most parking for Cumalıkızık is on its outskirts because the roads are narrow and cobblestone. We parked (here at this lot, there were others as well) and then followed the crowds up into the village. I had asked our AirBnB host in Bursa for a recommendation for breakfast, but he said that all the places serve pretty much the same meal at pretty much the same price so pick based on what looked as a nice setting.

It was a misty morning and chilly, so we were looking for a place with nice inside seating. One popular thing is to eat outside in the gardens-which would be lovely on a sunny spring day!

The roads and alleys were very rough cobblestone. I sprained my ankle end of January. It is much improved, but not 100% yet and I really had to concentrate walking to make sure I didn’t twist it again. DS4 needed to hold DH’s hand to keep from falling.

We picked a place that seemed nice and went in. Ordered Turkish breakfast for 2, as the kids are not big fans of most of the food in a Turkish breakfast. Luckily as we were eating at 10, it was more snack for them and I had brought some snack foods along.

What is Turkish breakfast?

Turkish breakfast is a large layout of family style platters that the restaurant loads up based on the number of people eating. It includes various cheeses, breads, spreads (honey and jams especially), olives, eggs (ours were fried), tomatoes and cucumber, and sometimes sausage or other meats. There were also grape leaves wrapped around a rice mixture, which is DD’s favorite. She claimed them all and we had to order another plate of them. I did manage to sneak a few, as I love them also. 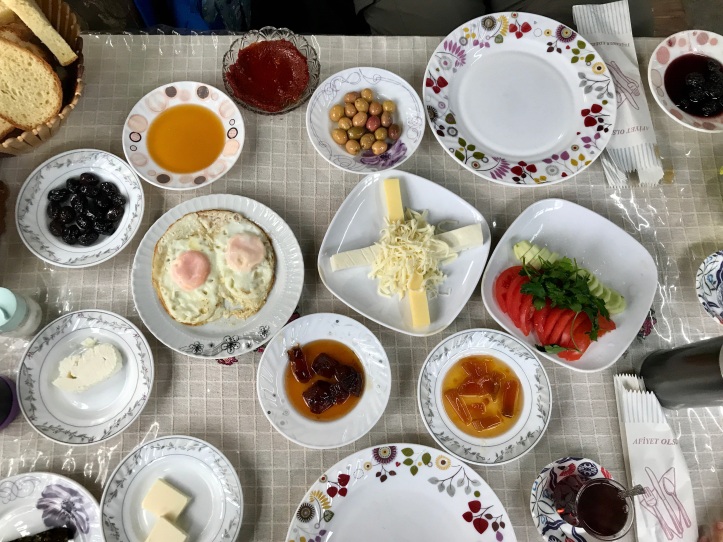 DH had Turkish coffee with his and I had tea. The kids were disappointed that there wasn’t apple tea, a favorite herbal kid-friendly tea here.

One cool thing at their restaurant was they had a hanging baby bassinet! A family eating had their baby asleep in the hanging bassinet next to them! How convenient! Especially as the paths are not stroller friendly in the least.

I can’t remember how much our tab was, but it was very cheap.

After brunch, we walked around Cumalıkızık with all the people who also decided a cold, rainy Sunday was a good day for a walk around a village. It was a surprisingly large amount! I really enjoyed the colors, stone work, old wood, and interesting nooks and crannies. I’d love to go back on a sunny day and get there even earlier to get better photos without people in them! 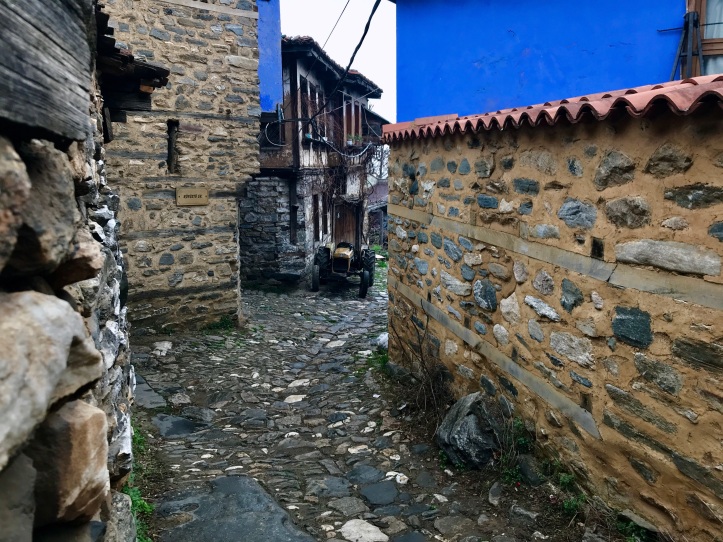