Copts and the Coptic Museum 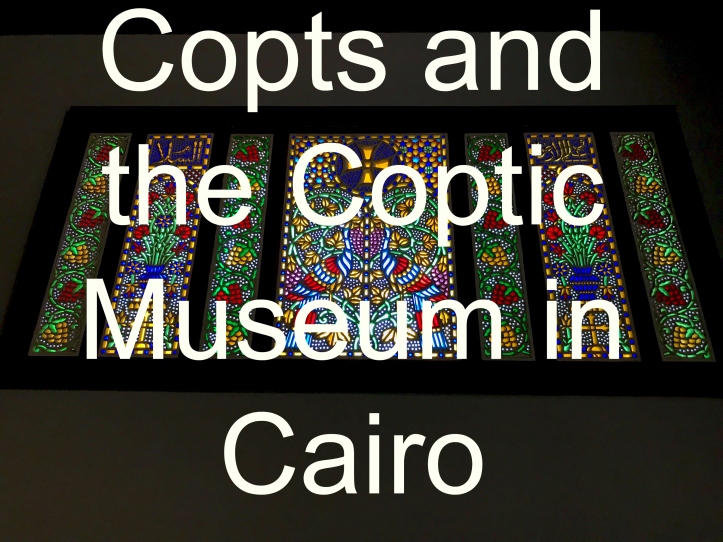 On Friday we went to explore the Coptic Museum. Coptic Cairo is the closest historical/cultural area to us, as Maadi is all fairly new and a combination of residential and shopping. I will confess to knowing pretty much nothing about Coptic Christianity prior to coming here. So I’ve done a bit of research and summarized it here, as I imagine you don’t know much about it either! If you just want the practical visit info, scroll to the end. 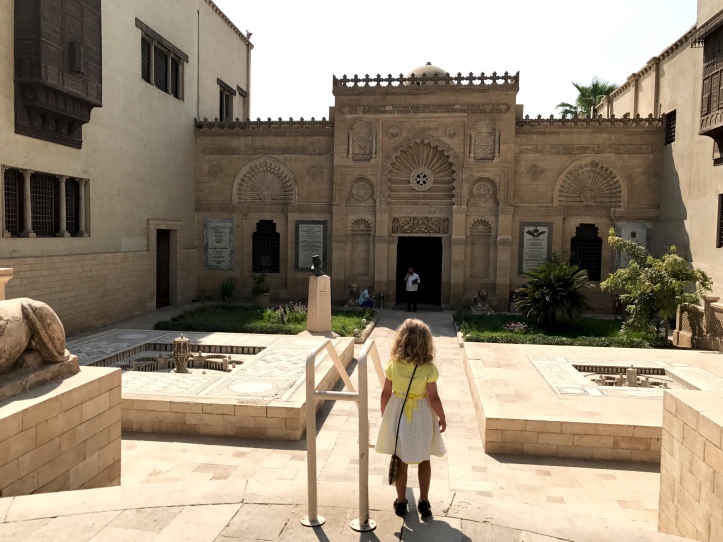 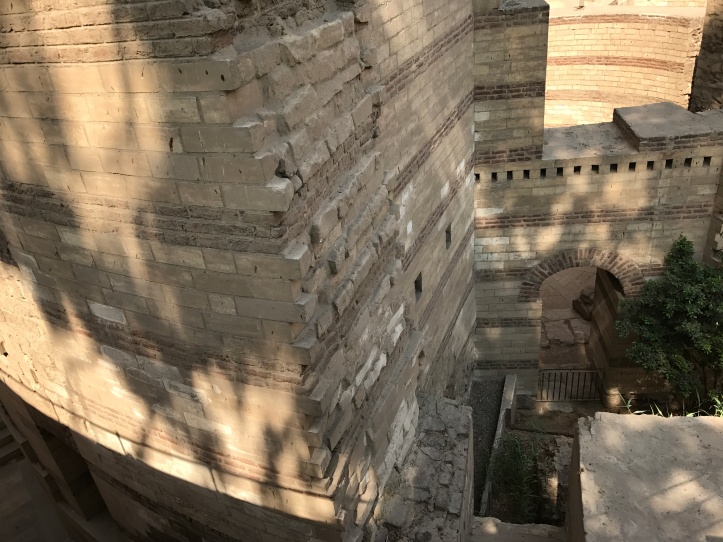 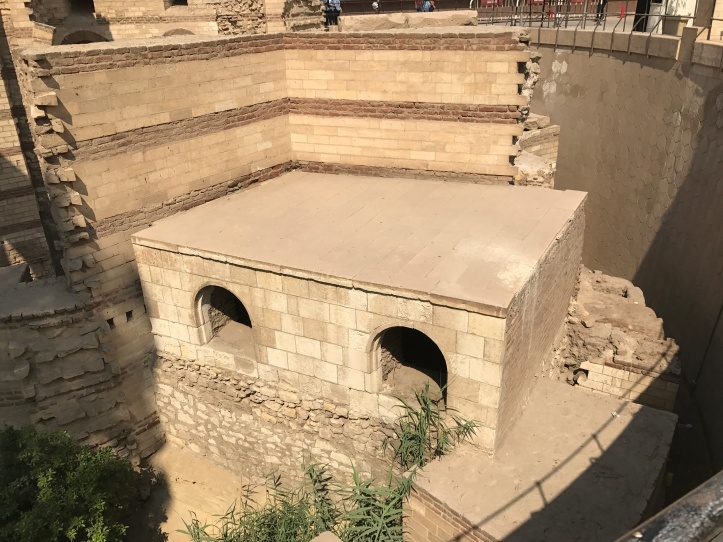 Copts are the largest Christian community in the Middle East, with the largest percentage in Egypt (10-15% of the Egyptian population) and smaller percentages in Libya and Sudan (about 1% of each country’s population). Historically they spoke Coptic, though most speak Arabic today. However, my Arabic teacher told me that many Egyptians, Muslims included, use many Coptic words with young babies and toddlers as they view it as “easier” for little kids to understand and say. There about 10-20 million Copts worldwide, with the vast majority in Egypt, Libya and Sudan. Most Copts are Coptic Orthodox Christians, but there are also Coptic Catholics and Coptic Evangelical Christians. Most Egyptian Christians belong to the Coptic Orthodox Church of Alexandria, the oldest Christian church in Africa. 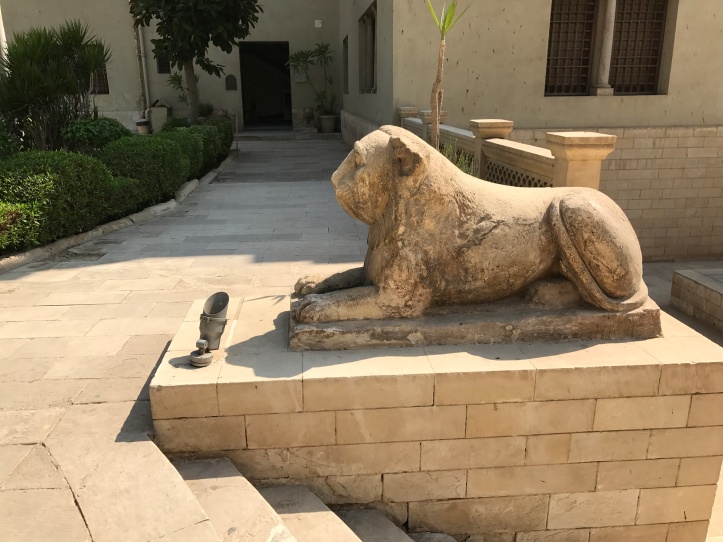 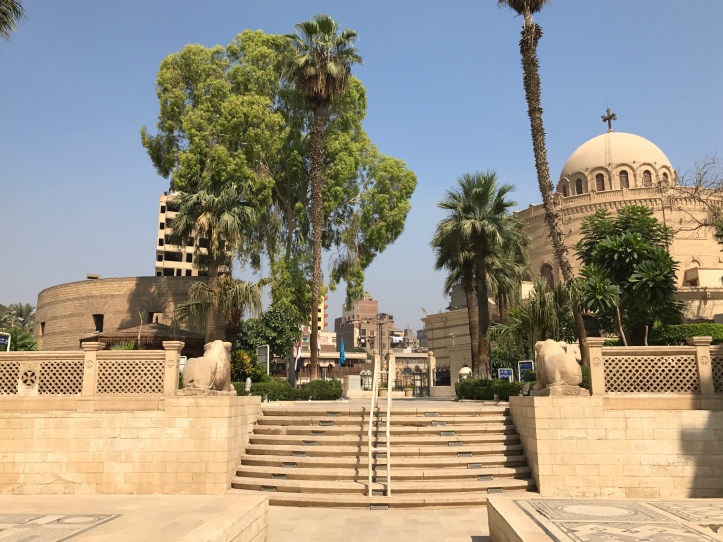 Copts believe that Christianity was introduced to Egypt by Saint Mark in Alexandria around 42 AD. It started to spread and by the beginning of the 3rd century AD the majority of the population was Christian. Copts built the Catechetical School of Alexandria around 190 AD, which was a very important institution for both religious and secular studies. Copts also created monasticism and all Christian forms of monasticism stems directly or indirectly from Egypt. 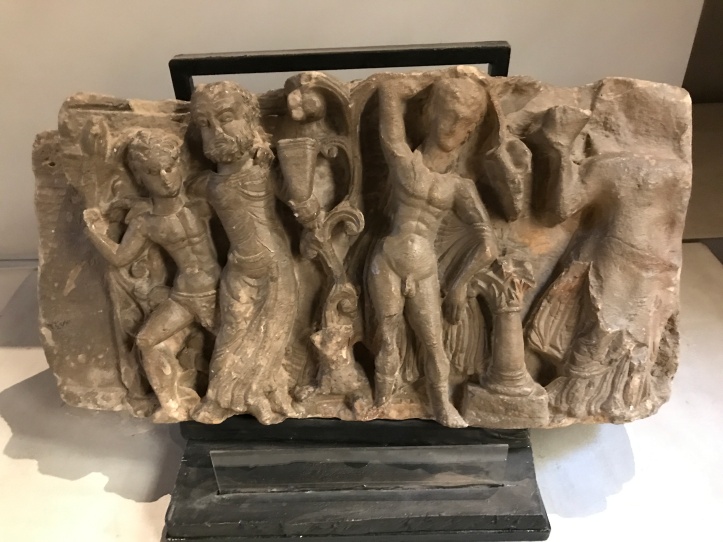 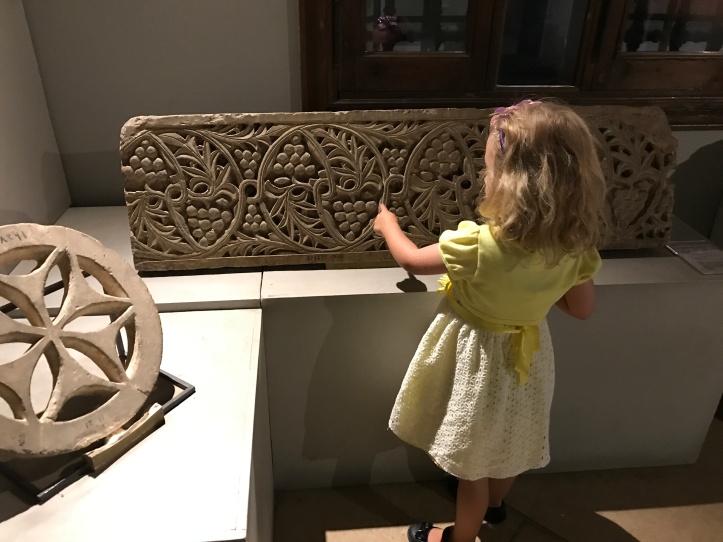 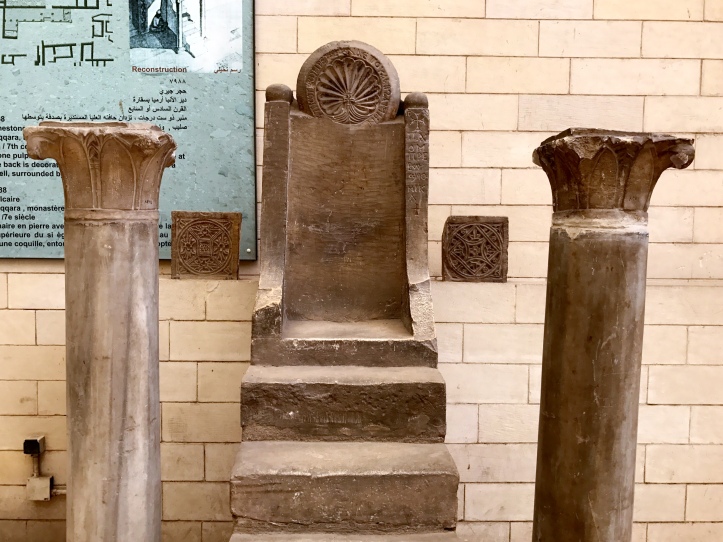 In the mid 600s AD, Egypt was invaded by Arabs.  Christians became second-class citizens and paid special taxes, had little politcal power, but did not serve in the military. They were able to continue their religious practices, however, without issue. In the early 1800s conditions improved and the non-Muslim tax was removed by Muhammad Ali and Copts were allowed to join the army. Nowadays, Copts face discrimination and are a focus of Islamic extremists terrorist attacks. 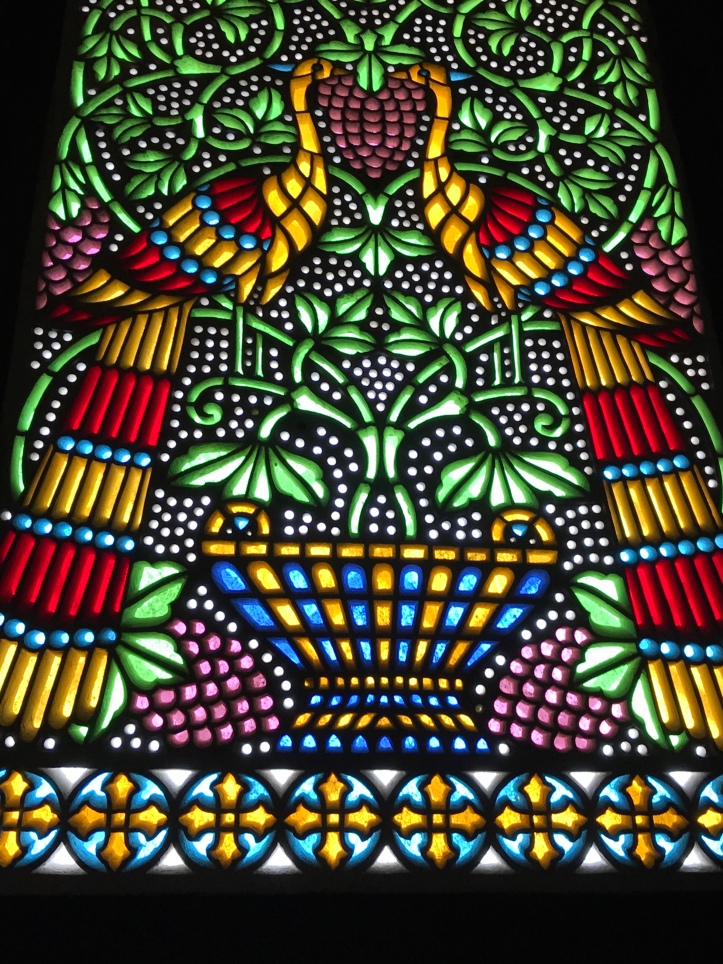 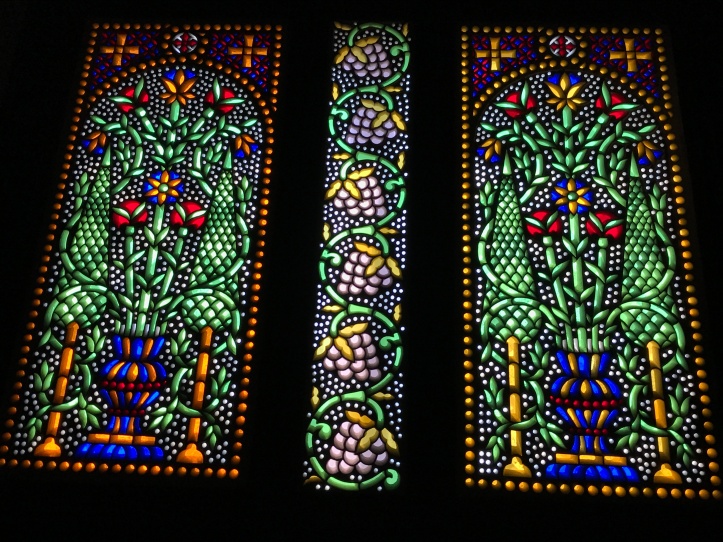 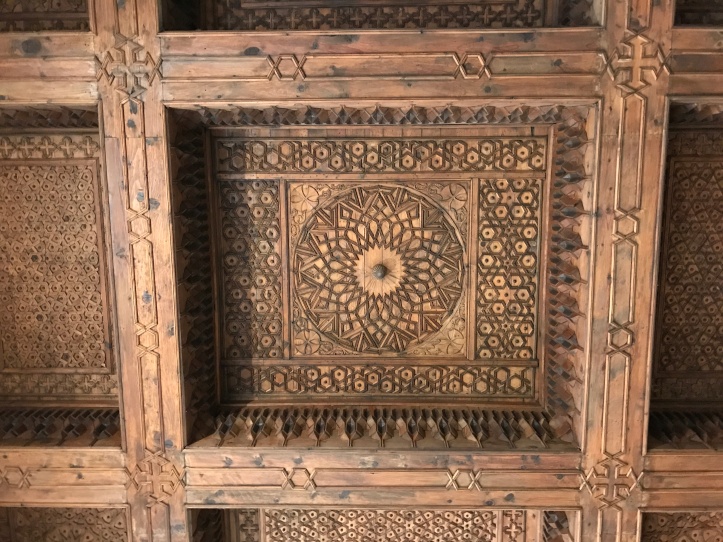 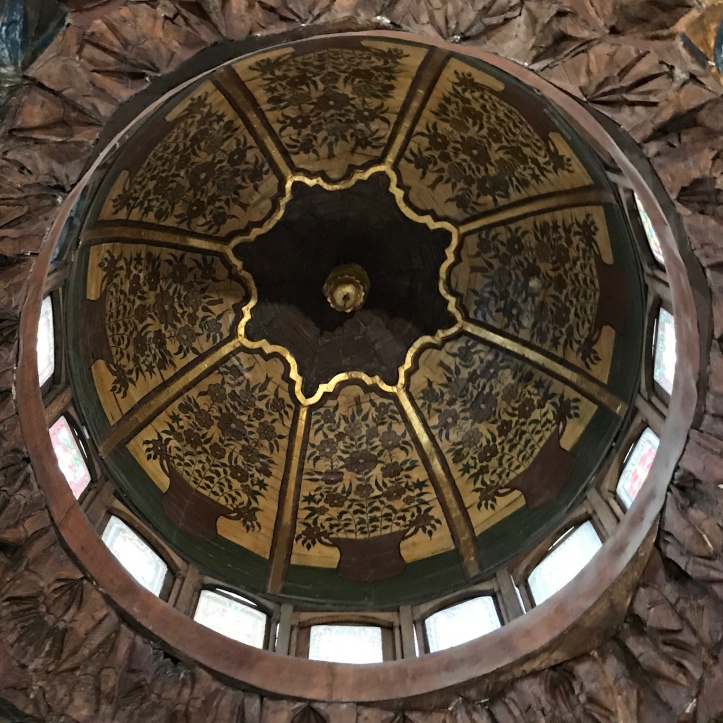 Followers of the Coptic Orthodox Church of Alexandria do a lot of fasting. Out of a 365 day year, they fast or are abstinent for 210 days! Coptic fasting normally means a vegan diet, but they highly encourage strict abstinence from midnight to somewhere between noon and 3 pm depending on the individual’s health and needs. There are huge blocks of fasting for various religious holidays and they fast every Weds and Fri yearround except for the period between Easter and Pentecost where there is no fasting to celebrate Christ rising. 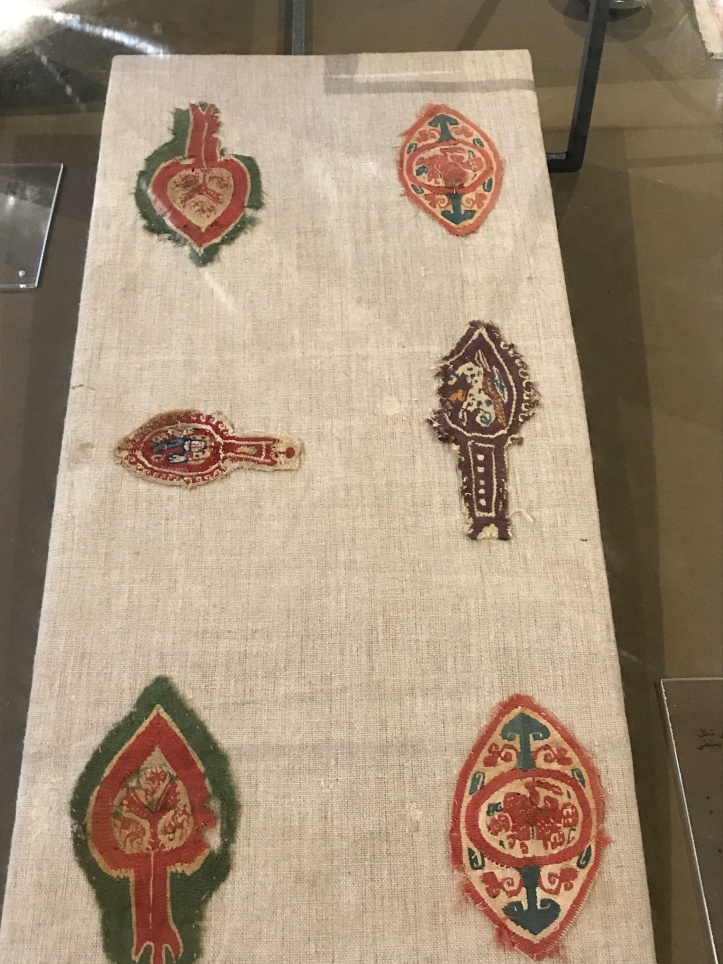 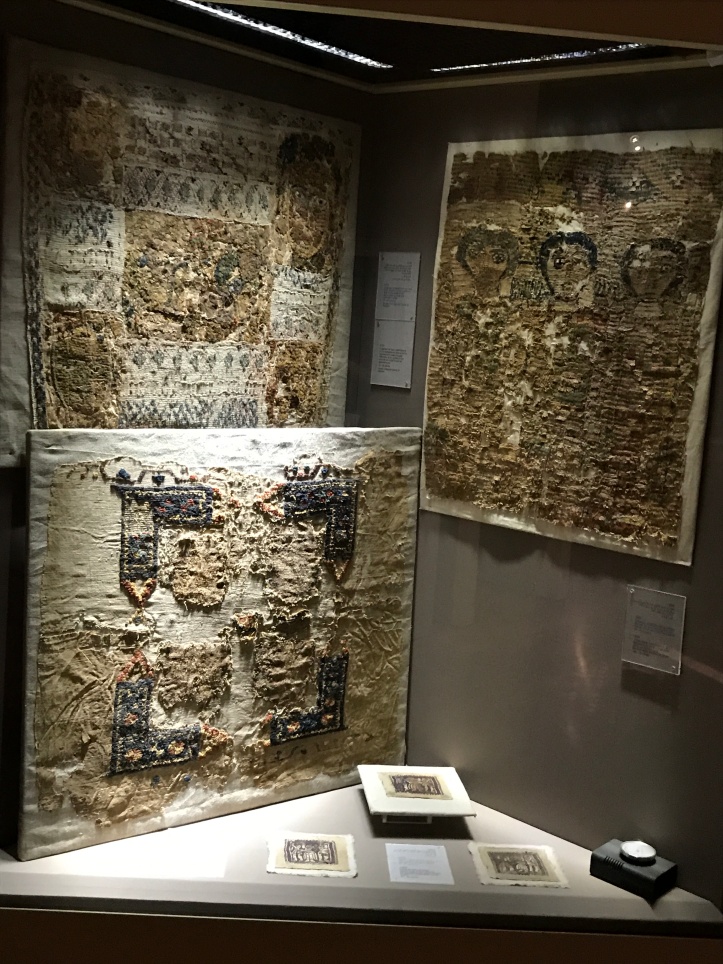 Copts are led by a Coptic Pope who is based in Cairo. He is not considered infalliable or supreme and must have been a monk for at least 15 years. There are three ranks of priesthood—deacons, priests, and bishops. Priests must be married, but bishops cannot be as they are selected from monks. Women cannot be priests and cannot teach men Sunday School, but can teach other women or children. Nowadays they can be deacons, but are traditionally widows or virgins. 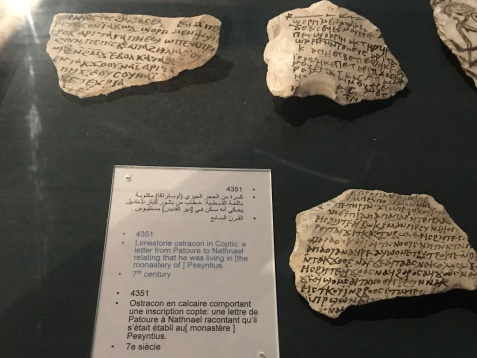 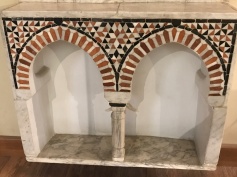 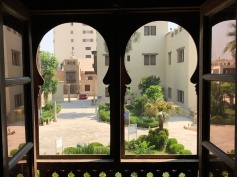 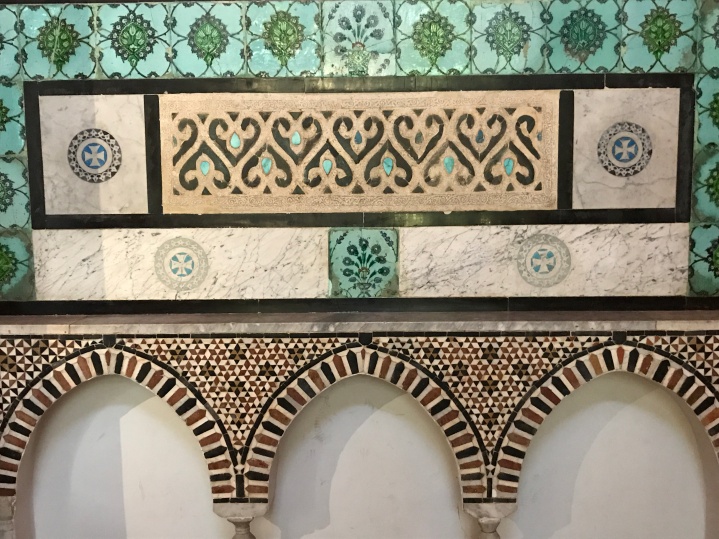 The Coptic Orthodox Church is one of the Eastern Orthodox Churches and shares many of its beliefs. Copts follow the Bible, but also follow Holy Tradition as they believe it has guided humanity long before the Bible did. Coptic Christmas is celebrated January 7. They celebrate many major and minor feasts. Sunday is normally the day for services and the churchs face East. Music is almost all vocal with only the cymbals and triangle used. The music was transmitted orally over the years and 300 hymns survived and are still used. 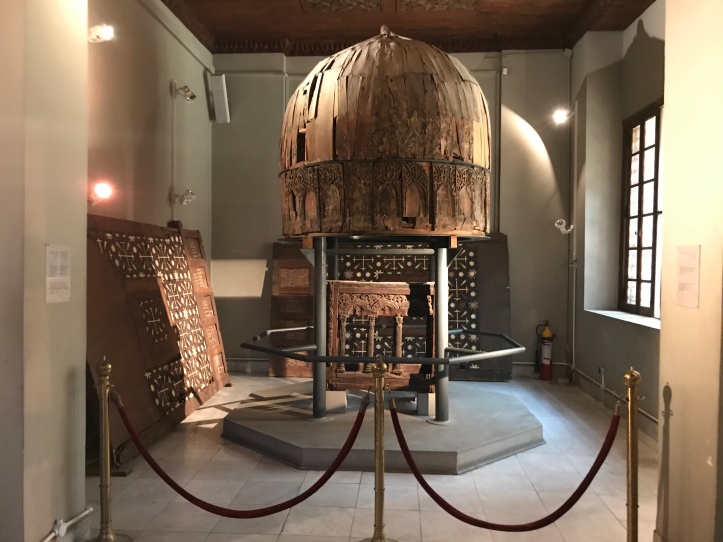 Still with me? We took a taxi to Coptic Cairo, which is near the Nile between Downtown and Maadi. It is set within the walled fortress of Babylon founded in 6th century BC. It has the oldest church, oldest mosque, and oldest synagogue in it. The area is closed to most car traffic, so we walked in and found the entrance to the museum easily.  It was built in 1908. The museum was filled with fascinating artifacts and was clean, well laid out, and had clear labels and signage in Arabic, English and French. We were the only ones there. It is a bit off the main tourist itinerary and being a Friday morning most locals were at the mosques. Museum was in a gorgeous building and I loved all the stained glass and painted ceilings. It has the oldest book of psalms in the world-the Psalms of David, beautiful textiles, frescoes, paintings and more. Covered two floors. It only took us about an hour to walk through, but that was because DD had little patience. I’d say 2 hours would be a more normal amount or even longer if you want to read everything. 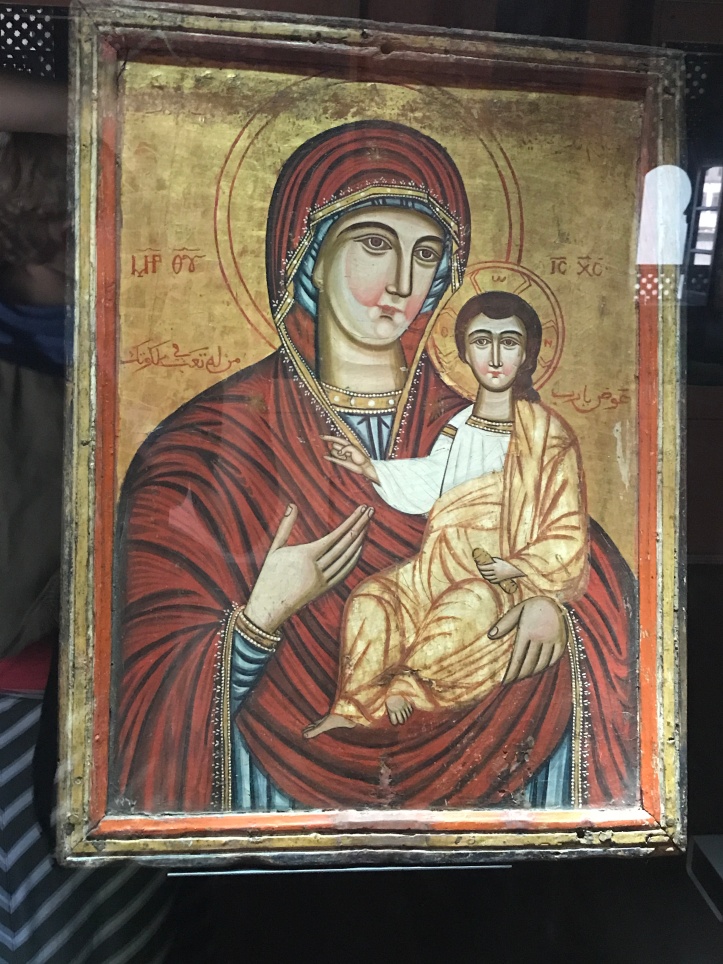 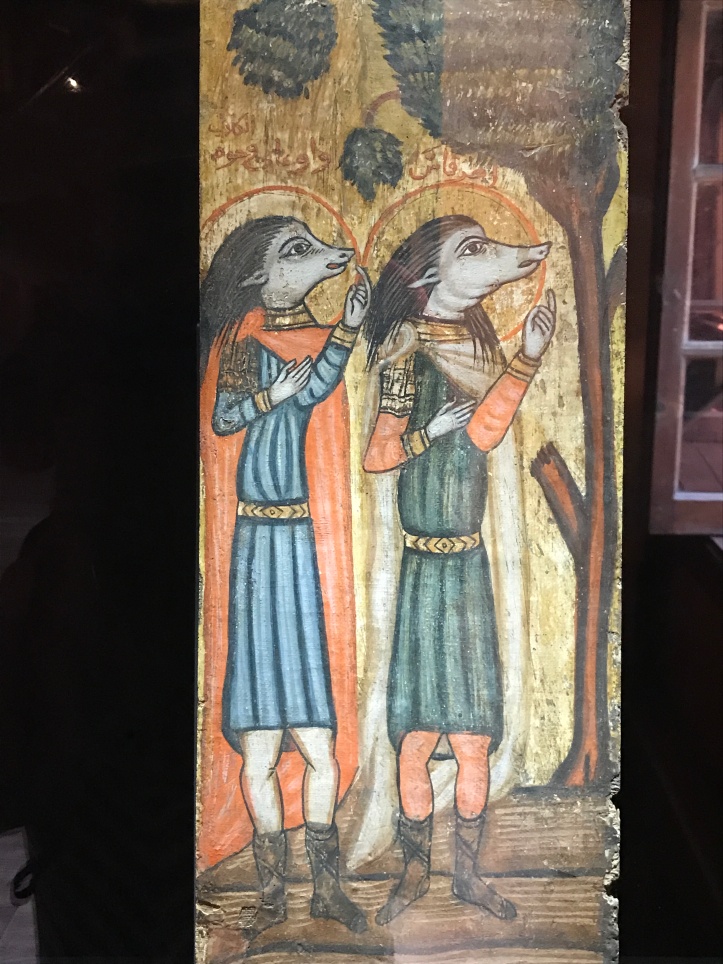 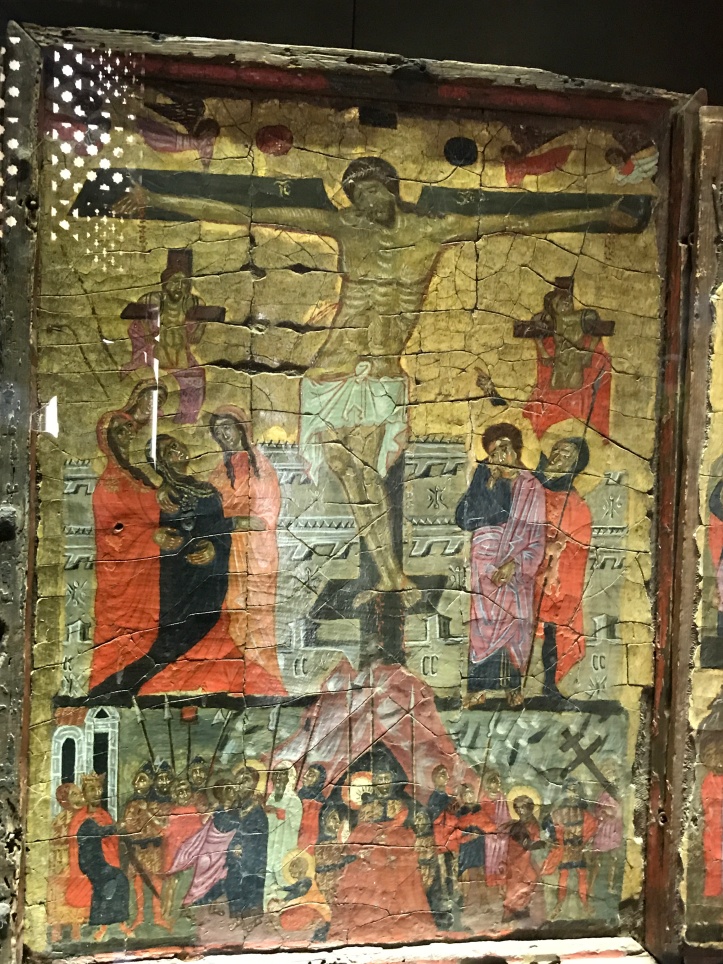 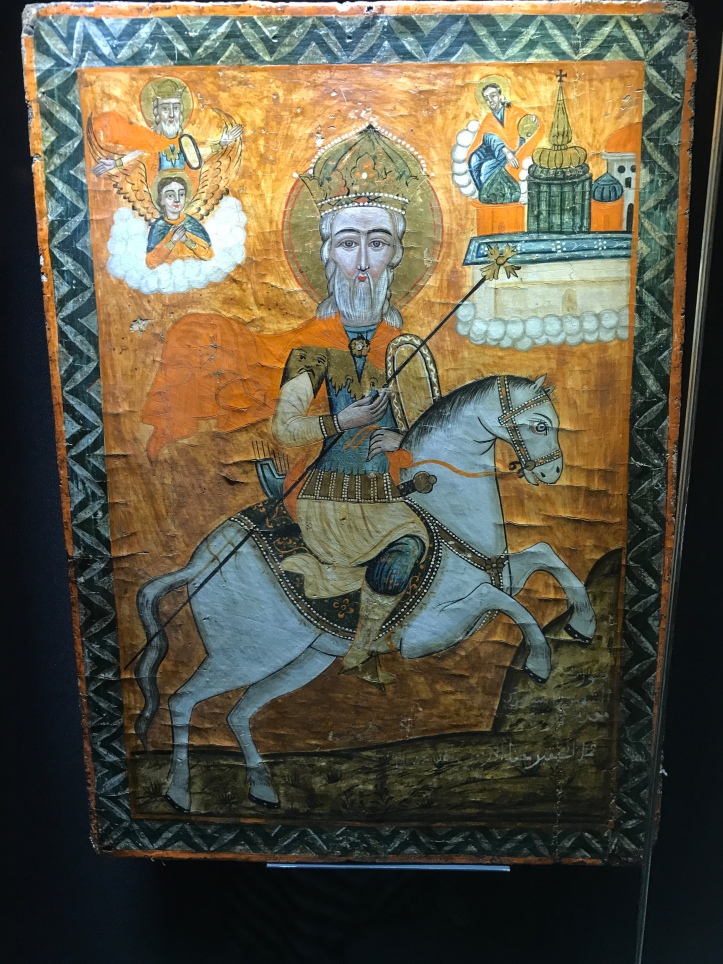 Transportation—getting there by taxi is easy. You cannot drive up to the museum.  There is street parking outside the blockaded area. Your dropoff point is the intersection of Mari Gerges, El-Imam Malik and Sidey Hassan Al Anwar. On Google Maps, find the Coptic Museum and then follow Mari Gerges north to where it deadends.  Once dropped off, it is an easy walk down Mari Gerges and the museum is well marked. Note: If you have diplomatic plates, you can drive through the barricade on Mari Gerges and park outside the museum. Be prepared to show your diplomatic ID as well and answer a few questions from the police officer.

Camera—photos allowed, but you need a 50LE camera ticket and they do check for it.

Food and Drink—They are fine with you bringing it in, but be respectful and eat outside. The Cafeteria at the Museum is closed due to low visitor numbers. There are small cafes and stores on the road outside the museum if you need a drink. We had a snack in the courtyard of the museum no problem.

Strollers—The grounds and ground floor are stroller friendly. Ramps and wide aisles. However, getting up to the upper level involves an entire flight of stairs and then several half flights up and down throughout the level. They have a wheelchair lift, but not a regular elevator.

Child friendliness—My 4 year old was fairly bored in the museum. Not a topic she knew much about (she enjoyed the Egyptian Museum as she knows all about Pharoahs and Pyramids) and she kept asking to go. The museum is fairly childproof however as displays are either behind glass or unbreakable (like large stone pieces). Update: We went again Dec 2018 with our now 5.5 year old and she did fine. She really enjoyed the stained glass and found the textiles beautiful.

Bathrooms—there are bathrooms in the courtyard after buying your ticket. No toilet paper, but clean and a sink with soap. There was a woman there expecting a tip upon exiting, so bring small change.

Combine it with—it is walking distance to the Hanging Church, Ben Ezra Synagogue, and many other churches and mosques. It is also near the Souq al-Fustat for shopping. 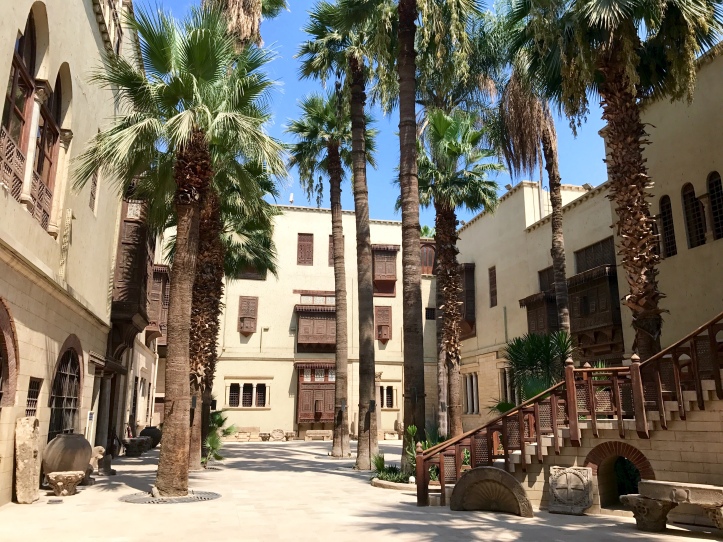 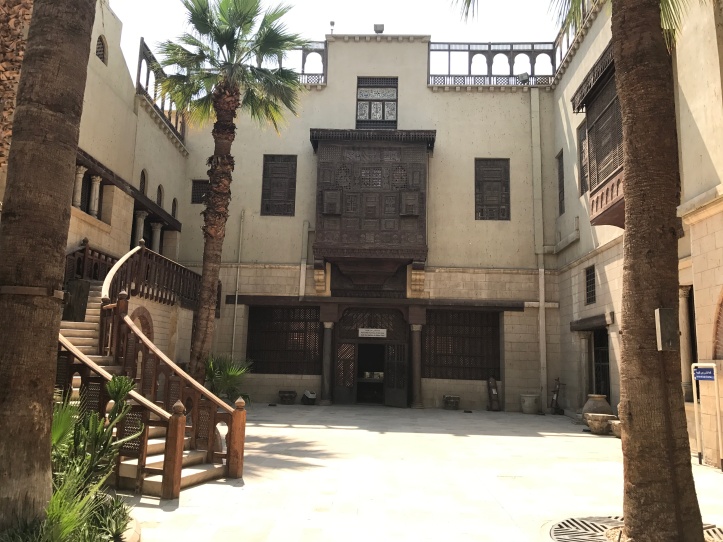 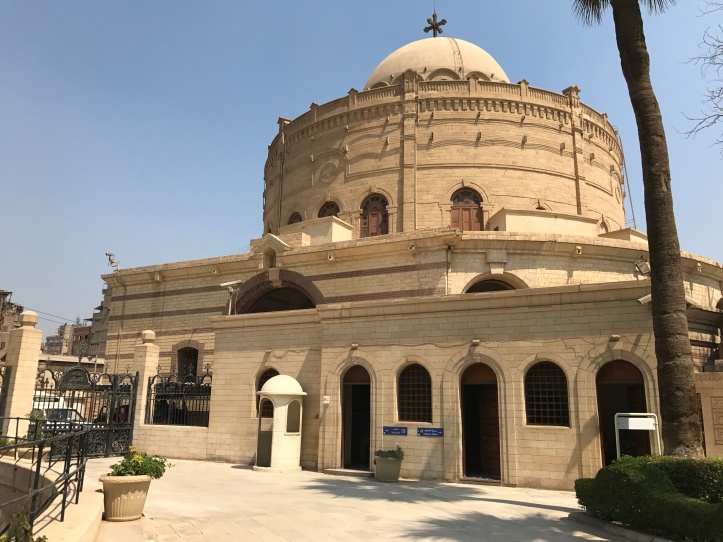