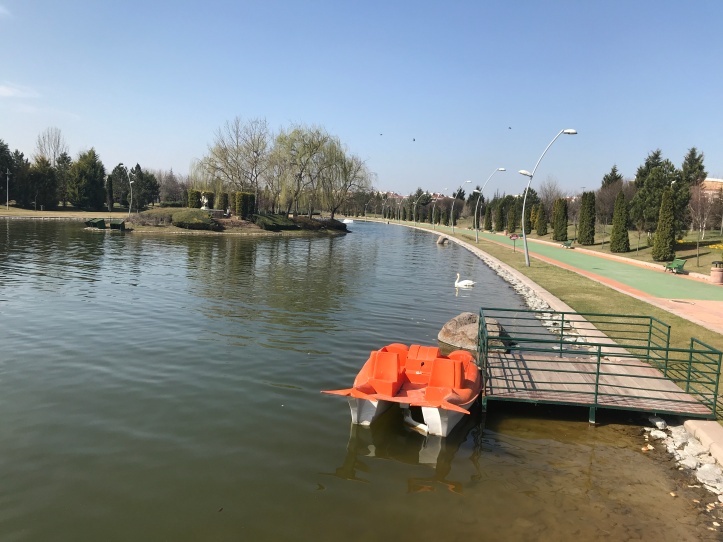 Right before social distancing started here in Turkey, we took a trip to Bursa. Bursa is the 4th largest city in Turkey and is south of Istanbul and about 1 hour east of the Sea of Marmara. We drove there and just under the 3 hr mark stopped at Eskişehir Metropolitan Municipality Kentpark (Eskişehir Büyükşehir Belediyesi Kentpark) for a picnic lunch and some playtime.

It was just off the main road to Bursa and had great space to run around and several playgrounds. Mid March was still off-season for the park and so most of the cafes were not open, but we had come prepared with a picnic. We crossed a pretty bridge over a manmade lake and then strolled down a wide path that was dotted with (mostly closed) cafes. 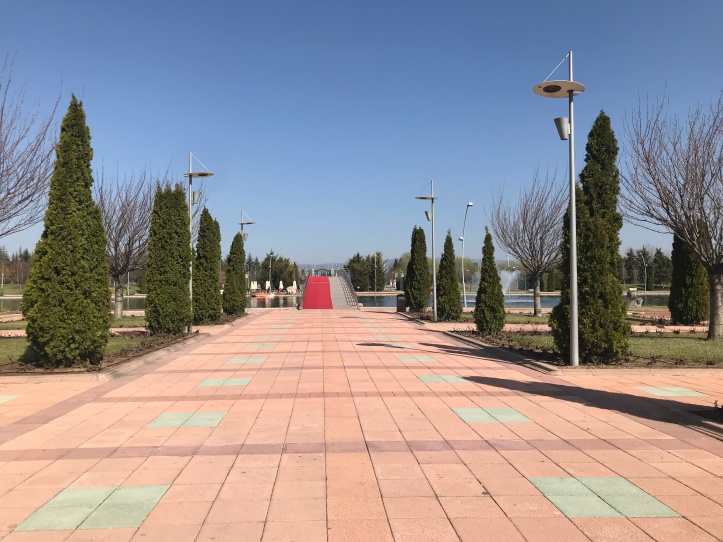 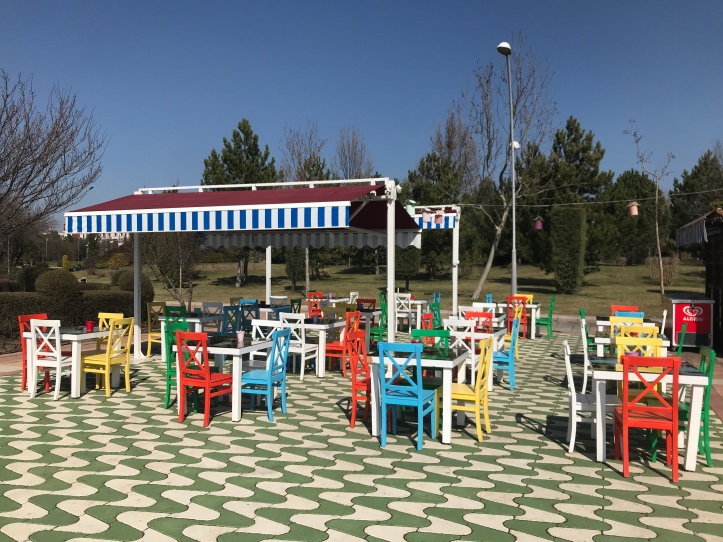 Ended up at a playground with some nice slides, climbing structures, swings, and a spinning seat thing the kids loved. Plus plenty of benches and lots of trees and grass nearby. A very pretty spot to hang out for a bit.

The kids investigated static electricity by sliding down the slide multiple times and then trying to touch one of their parents! DD also had crazy hair sticking straight up! 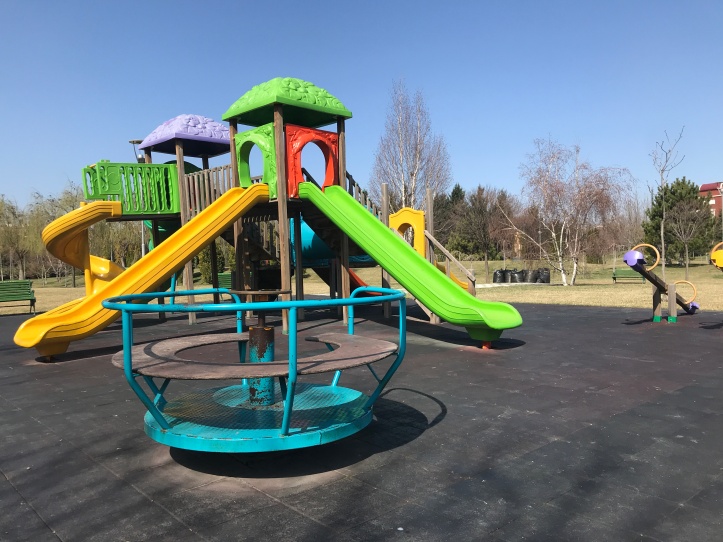 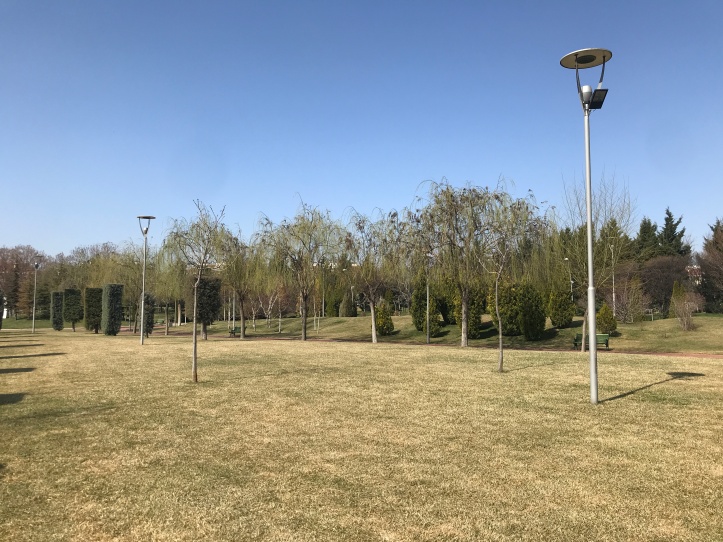 After lunch we went to an open cafe and had some ice cream and wandered over to a 2nd playground. On our walk we checked out the “beach” area that during the summer has lounge chairs and sand and opens up to water diverted from a river. I hear it is very popular during warm months. 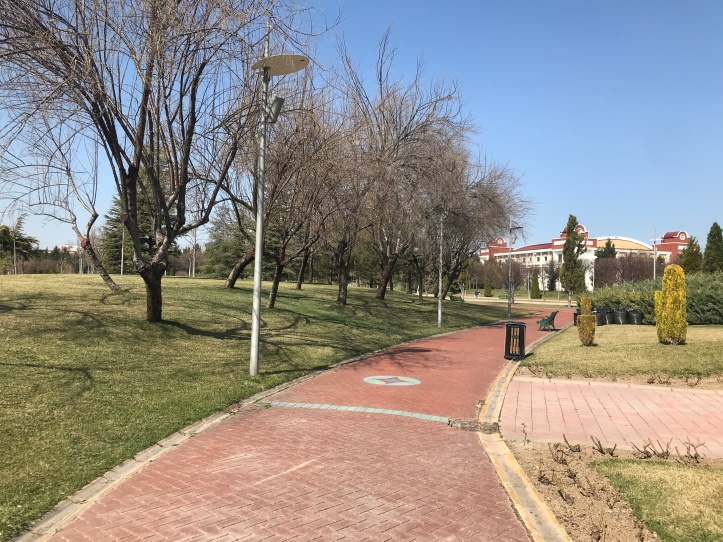 The 2nd playground had these cool swings where a toddler or baby could sit in a baby seat and then an adult seat was attached to it so you could swing with your baby and face each other. DD and DS tried it–though getting DS into the toddler seat was quite hard! He’s a large 4 year old and not the target age group! 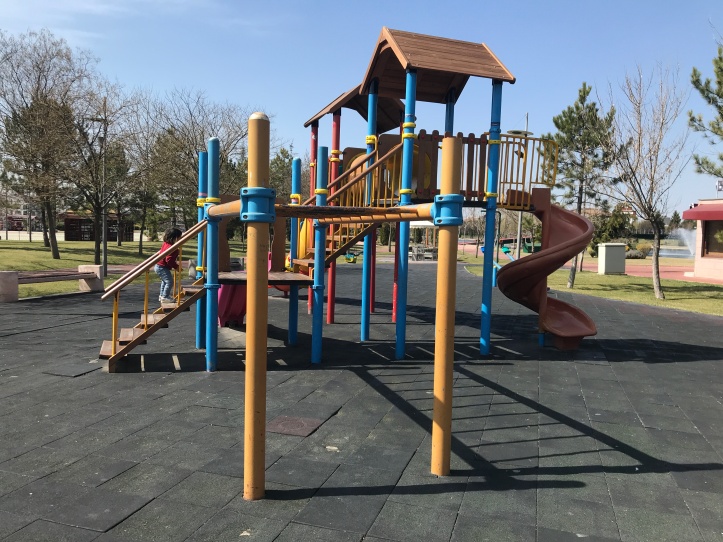 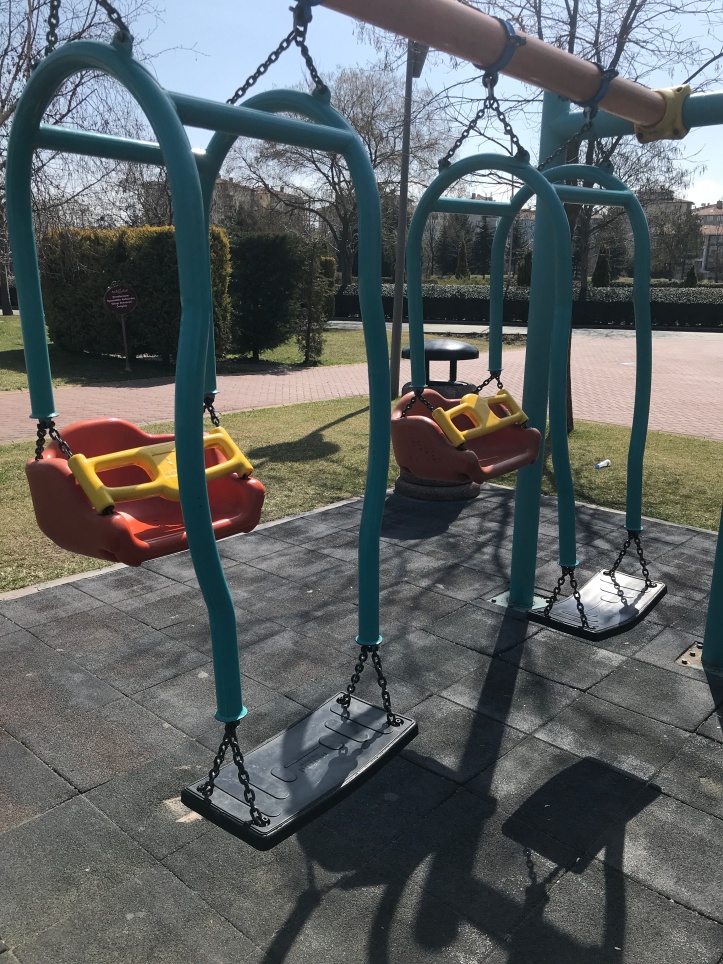 There were also fun rope climbing areas and a playground dedicated to little ones.

I highly recommend the park for anyone driving to Bursa or the Sea of Marmara from Ankara! 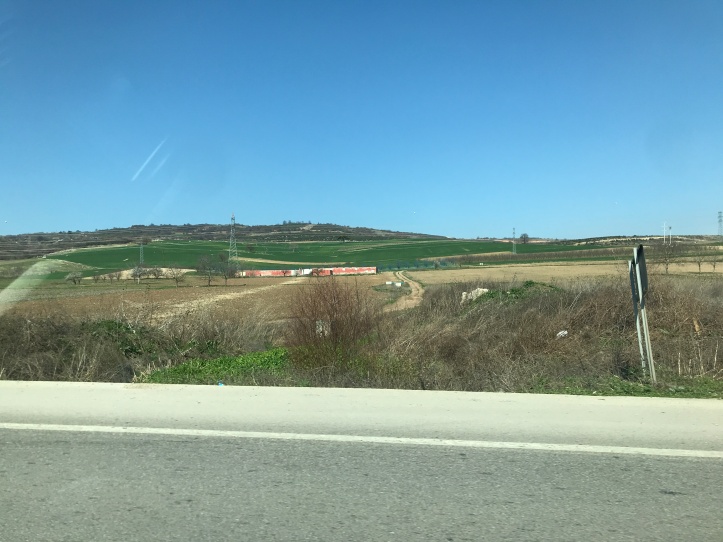 Parking Location: We had a hard time finding the parking spot or how to get there. This is the pin drop for the entrance to the parking location. https://goo.gl/maps/X5EGHfXEEd14FcM37

Cost: Parking had a sign for a small charge (5 tl or about $1), but no one was collecting (probably due to off season). The park itself was free. The beach area when open has a charge.

Bathrooms: Yes, there were several areas with bathrooms. We used two and one was very clean with soap (no TP) and one was much more lacking.

Food: There are a number of cafes. Most were closed in mid-March when we were there, but one (Deniz Cafe) was open and serving food. We only got ice cream, so I can’t vouch for food quality. Ice cream was cheap at only about 7 tl (just over $1) for two (small) scoops in a cone.

I am a mama to two (ages 4 and 7), a travel and nature photographer, and an avid explorer of the world. Here you will find travel tips, recommendations, awesome photos, and musings of my life and trips abroad. A few terms I use a lot on the blog include DD (dear daughter), DS (dear son), and DH (dear husband). If followed by a number it indicates their age in years.